Imogen Thomas has a Master of Fine Arts degree from the Tisch School of Arts graduate film
program at New York University. She also holds a First-Class Bachelor of Arts Honours
degree in Drama, from Flinders University in South Australia. It was here that Imogen began
making short films, many of which have been screened at festivals and have received
awards, including Best Narrative Drama at the 11th Adelaide Film Festival for Departure. At
this time, she also pursued a career in set and costume design for the theatre, designing
celebrated productions for Sydney’s Belvoir St Theatre, the Adelaide Theatre Festival and
Magpie2.

In 1998 Imogen was awarded the prestigious South Australian Premier’s Award for
Emerging Artist of Year. This award afforded her the opportunity to undertake her Master’s
degree at NYU. Imogen’s graduating film, Mixed Bag, premiered at the Montreal Film
Festival in 2008 and went on to be screened at both national and international festivals. It
received the Gold Award at the Australian Cinematographer’s Society Awards 2008 as well
as being a finalist for the Wasserman and King Award, First Run Film Festival 2009, NYC.

Imogen lives in Sydney, Australia, with her partner Victor Evatt and their two daughters. 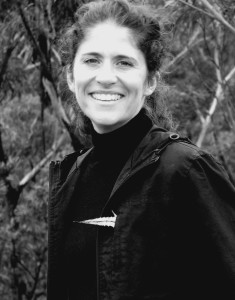